I am guilty of binge-watching documentaries on weekends. I think I’ve watched most of them, when it comes to environmental topics and animal cruelty. Some of them provide good insight, while the others can make you cry. After you’ve seen all of them and you are somewhat knowledgeable about the subject, watching stories can take you even further in your sustainable journey.

Top 5 films with environmental themes that everyone should watch Based on the eponymous book by Jon Krakauer, Into the Wild is a film that portrays the relationship between nature and humanity with less sentimentality and more honesty. Watch this if you feel alone in society and consider yourself more connected to the environment around you. A top student and athlete, Christopher McCandless decides to leave his life and start living off the land in Alaskan backcountry. The film unflinchingly shows how beautiful but harsh nature can be, and how “living in harmony with nature” is a beautiful but fragile ideal. This film offers many emotional moments that will make you feel small in comparison with the whole world. And if you are hungry for more, don’t forget to read the book!

Planet of the Apes (many versions) 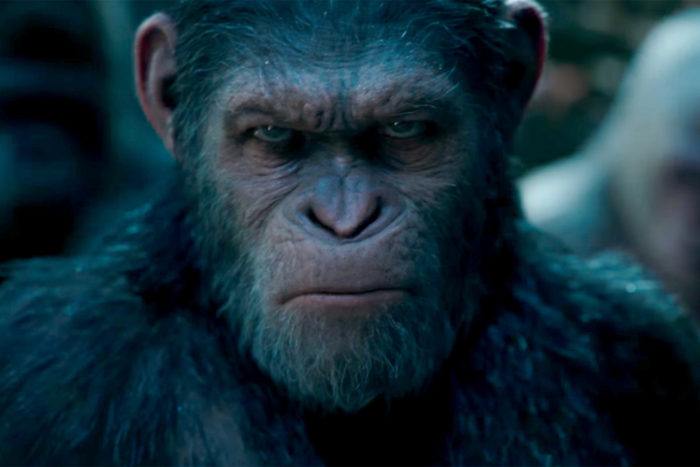 This one is a classic! This American franchise consists of TV series, books, and of course, films. All of them are worth watching, especially the older ones. Planet of the Apes asks the right questions about speciesism, or our misguided sense of superiority over other species. It carries an important message: that our arrogance can lead to shocking moral and physical consequences. Fans of anime and manga, unite! Princess Mononoke is one of the most successful films by Hayao Miyazaki, a filmmaker renowned for breathtaking animation, serene art direction, and natural scenery. All of this, combined with compelling storytelling, will make you shed some tears. The God of the Forest and other magical creatures join forces to fight back against greedy humans who take advantage of natural resources. If only we can enlist these guys to kick out oil and natural gas companies from our ecosystems and Native American lands, am I right? After Chuck Noland’s mail courier plane crashes, he finds himself alone on a desert island where he must gather all his strength and wits to survive. Unlike most other environment-heavy films, Cast Away doesn’t romanticize nature: It isn’t Chuck’s enemy per se, but it is also an overwhelmingly powerful and indifferent entity that exists for reasons completely unrelated to human survival. As Chuck descends into madness without any human contact, the question posed isn’t just “how do we live in harmony with nature?” but also, “how do we live in harmony with other humans as well as nature?” His only friend, a painted volleyball, becomes a symbol of our loneliness and smallness in this big world. You’ll be grateful for the safety of your bedroom after you watch this one. Think of this one as the foil of Into the Wild. Raised by animals of the jungle as if he were their own, Tarzan never spoke or wore clothes. When civilized people discover him, they try hard to teach him our ways, morals and living, but for Tarzan, it’s all strange and illogical. This film makes you think if the way we live our lives is the only one. Perhaps you will feel empowered after you watch this film. Possibly you’ll feel sad for Tarzan. I knew I didn’t feel sorry for him, but rather for our misunderstanding of other ways of life.

I hope these films will give you as much insight as they gave me! What is your favorite film with environmental themes?

Also in culture: 3 Surprising Books Helping Me Cope With Our Uncertain Times

MoMA Curator Says Art Should Prepare Us For An “Elegant Ending.” And I Agree

Sabina is a student of Comparative Literature with Film Studies based in London. Alongside her studies, she works as a freelance Writer and Graphic Designer. She has been interested in a sustainable lifestyle for four years now and enjoys connecting nature and art. In her free time, she loves to draw, write and watch engaging films. Right now, she is working on her Czech blog about reflection on Literature and Art, which she also wishes to translate to English.