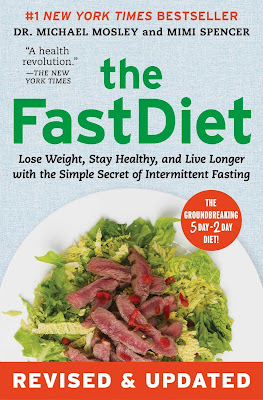 So what happens when you offer people with obesity the choice between 5:2 style intermittent fasting (IF) (very-low calories (VLC) 2 days weekly with 5 days of less restricted eating) and more traditional caloric restriction 7 days a week? Would encouraging people to choose between two strategies increase their likelihoods of successful weight management a year later? Would one group lose more weight than the other? Would adherence be the same?

That were the question post-doc RD Rona Antoni and colleagues set out to explore and they recently published a paper discussing their results.

197 patients with obesity presenting to the Rotherham Institute for Obesity were offered the choice between 5:2 IF (630 calories from liquid meal replacements on the VLC days), or an aimed 500 calorie continuous energy restriction (CER) 7 days per week with diet based off that recommended by the UK’s dietary guidelines. Both groups received support from specialist obesity nurses for 6 months and were also asked to return for measurements and discussion at one year. All were also provided with access to, “a variety of specialist facilities, resources and multidisciplinary specialists including exercise and talking therapists“, and all were reviewed in clinic monthly where measurements were taken (weight, total body fat, fat-free mass (FFM), waist circumference, systolic and diastolic blood pressure and an overnight fasted blood sample) and adherence was discussed.

Regarding completers’ weight losses at 6 months, the IF patients lost a statistically significant, but likely clinically meaningless, 4lbs more than the CER group. All blood measures (including fasting glucose, insulin, hsCRP, and lipids) were found to be the same between groups. Blood pressure changes were also not different between groups.

So what to make of this study?

I think the most striking finding was the overall 66% attrition rate across both arms. Certainly this study does not suggest that IF is an easier regime to follow than CER (at least not when provided at the Rotherham Institute for Obesity – given weight management support is a service and not a product, it’s certainly possible that different providers might have seen different outcomes for both arms, but I do think this speaks to the challenge of scalability of behavioural interventions).`But what I really think this study highlights is the fact that the real-world likelihood of purely dietary interventions treating our increasing weights is very low indeed. Instead, we need more tools for treatment (certainly including medications and surgeries), and more importantly, if we’re going to see change, we’re going to need environmental level changes to turn this boat around.

As to whether IF or CER will work for you don’t forget that one person’s horribly restrictive diet is another person’s happy lifestyle. If you’re trying to find your own right road, even if the first road fails, and even if angry diet gurus and zealots try to tell you there’s no other road, keep trying different forks until you find the one that suits you best, as when it comes to diets, adherence is all that matters in the end, and if you don’t like the way you’re living, you’re not likely to keep living that way.