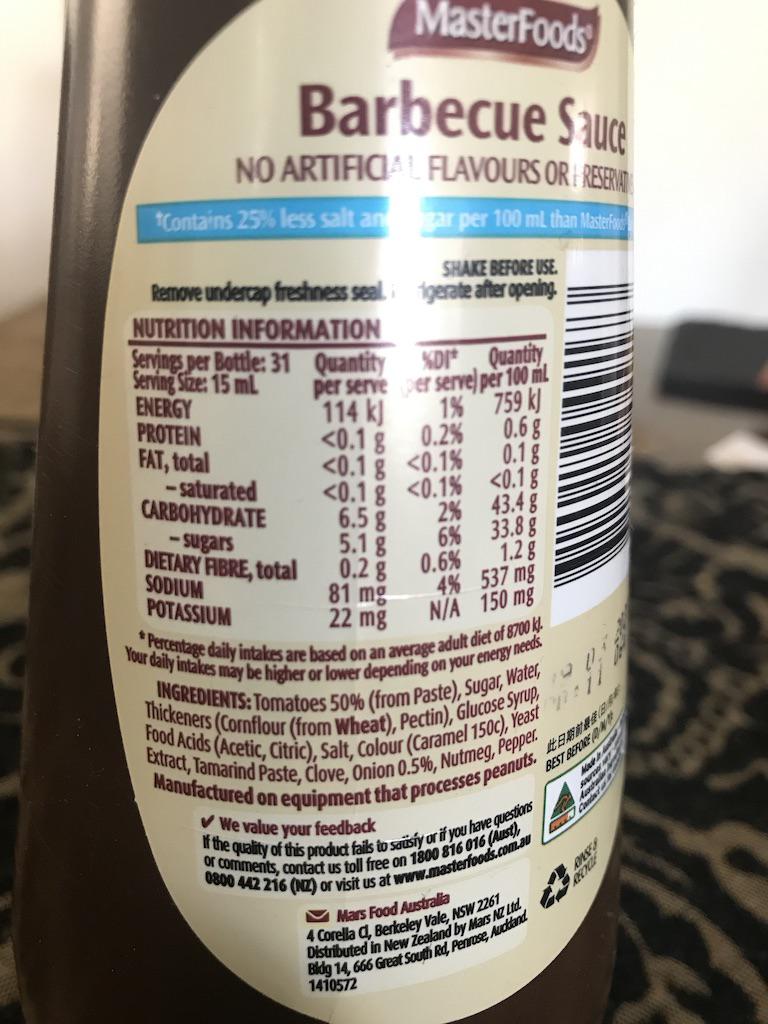 I think because of the weirdness of Aussie labeling, it could just mean that it may contain. Though I wouldn’t be surprised if it was a legacy thing. Fountain is about the same if you are just needing a cheap BBQ sauce, but I don’t think Coles stocks it, just Woolies.

Oddly the Sweet Baby Rays bbq isn’t marked GF in Aus but was in the US, haven’t tried it yet, I tend to use other sauces instead. But SBR is really tasty.