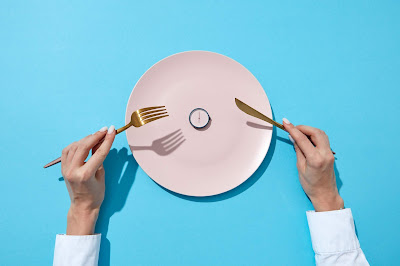 I started out planning to write about a different paper – a one year post intervention followup of people who had completed a prior year of being randomly assigned to 5:2 style intermittent fasting (IF) (2 days a week consuming 400-600 calories) vs. continuous energy restriction (typical of eating less daily) which showed that there was no difference between the two, but when I read it I realized the story was in the initial intervention, not the follow up.

Of the only 146 completers, no differences were found between the diets in terms of weight loss, adherence, change in lipids, or fasting glucose.

And most of that is consistent with other studies of 5:2 IF which have found that it’s no better or worse than any other approach when it comes to weight loss and biochemical changes. But what’s not consistent is adherence being the same, wherein other studies tend to see more people quitting IF.

Digging the tiniest bit deeper into this two things stand out. Adherence was abysmal for both CER (49% drop out rate) and IF (58% drop out rate). But what was different here was what was involved in the CER arm. Women randomized to the CER arm were aimed at consuming only 1,000 calories daily for a year, while men were aimed at only 1,200 calories daily. That’s a life-suckingly low number of calories for anyone to be aimed at and honestly it surprises me that researchers (and peer reviewers) would think that degree of continuous restriction would be worthy of study.

All this to say, that people were just as likely to report adherence to a misery inducing 1,000-1,200 calorie per day diet as they were to a 5:2 IF approach does not reflect well on the enjoyability (and consequently the broad applicability) of 5:2 style diets.

And for the inevitable trolls, I’m not knocking 5:2 IF. If you love it, terrific! Don’t stop! But don’t anyone expect it’s a panacea for all comers.