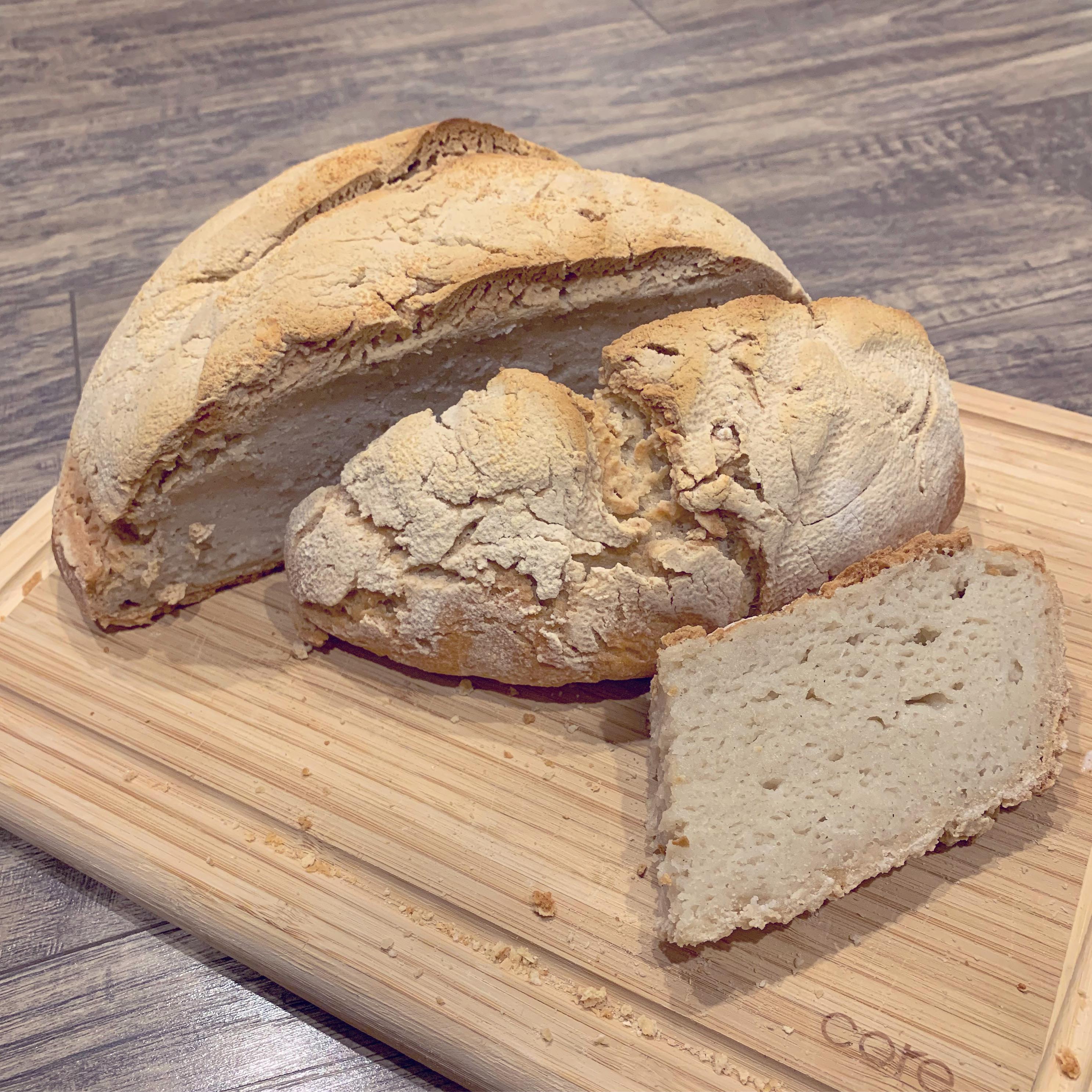 I used a starter made from Bob’s Red Mill one-to-one flour, and the I generally followed this recipe for the rest, also using Bob’s Red Mill as my flour for the bread itself.

It came out suuuuuuuper dense, but it tasted like bread so I think its a win for my first attempt. Going forward I am probably will let my starter mature a bit more, and I think I should have let it sit for longer before baking. It was really cold in my apartment and I don’t think I got the rise out of it that I should have which probably contributed to the density of the loaf. I also don’t have a scale so I’m sure my ratio of ingredients was a bit off.