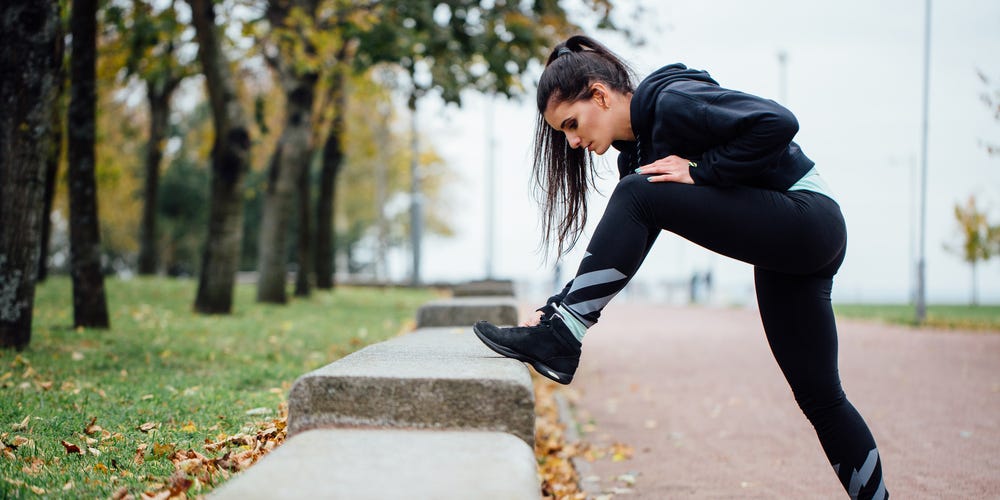 The ketogenic diet, or keto for short, is one of the most controversial: lauded for its weight-loss benefits and effectiveness at treating epilepsy, but also critiqued by nutritionists as restrictive and extreme.

Now, a new study warns of another cause for concern: it may have an unexpected side effect of weakening athletes’ bones during intense training, according to a new study published January in Frontiers in Endocrinology.

Researchers from the Australian Institute of Sport and Australian Catholic University looked at 30 elite race walkers (25 male and five female) over a period of three and a half weeks of intense athletic training.

About half of the group was assigned to a low-carb, high-fat ketogenic diet, getting 75%-80% of their daily calories from fat. The other half stuck to a high-carb diet. Both groups consumed the same amount of calories relative to their body weight, and both groups ate a moderate amount of protein.

By the end of the experiment, the athletes on the keto diet showed greater signs of bone breakdown than they had at the start of the study. Athletes on the high-carb diet, however, showed no significant difference from beginning of the study, according to the test results.

After reintroducing carbs into their diet, the keto athletes saw some improvement in their bone health, but they weren’t back to full strength, the researchers found.

Keto could affect athletes differently based on how the body uses fuel, research suggests

These results suggest that the ketogenic diet somehow sped up the breakdown of athletes’ bones during intense exercise, and inhibited recovery, although it’s not exactly clear how.

“We believe that the keto diet may affect bone metabolism due to the downstream effects of low-carbohydrate availability on certain hormones, along with other factors,” Louise Burke, lead author of the study and head of sports nutrition at the Australian Institute of Sport in Canberra, told the New York Times.

Burke’s research followed on from previous studies on mice and children that found the keto diet could have more pronounced negative effects on bone health when combined with exercise. But another study, also published in the journal Frontiers, found no impact on bone health for diabetic patients who were on the keto diet for two years.

It’s also not clear from this study how keto might affect bone health over a longer time period, and whether athletes might be able to adapt to the diet and mitigate some of the side effects.  The keto diet is known to take some time for the body adjust to, and during that period (sometimes called the “keto flu”), people new to keto may experience symptoms like fatigue and dehydration.

Keto diets vary widely, and many of the long-term health effects are still unclear

“Keto” refers to any of number of different diets (some prefer the term “lifestyle”) that restrict carbohydrates and increase intake of fats. This prompts the body to enter a state called “ketosis” in which it burns fat for energy instead of glucose, the body’s preferred fuel store generated from carbohydrates.

Nutritionists and some medical professionals have previously raised concerns about the long-term health affects of the keto diet. Proponents of high-fat, low-carb eating, however, argue that there’s evidence to show it can be beneficial for weight loss and diabetes managements, and that concerns about the health risks of eating fat have been overstated.

One of the central critiques of the keto diet is that there’s little evidence of the long-term health effects, although that may soon change as more and more researchers are awarded funding to study keto.

A knee injury could change the structure of your brain, making it harder to recover

The keto diet is the worst diet for healthy eating, according to new rankings