The disparity in stroke risk among men and women is clear: Stroke is the No. 5 leading cause of death for men, while it remains the No. 3 foremost reason for death among women, the National Stroke Association reported. Thousands more females than males will suffer from a stroke this year, a stroke that leaves them facing a much longer and more intensive recovery than their male counterparts.

Also unique is that stroke symptoms differ between the two genders. As the NSA explained, hiccups, agitation, confusion, hallucination, rapt change of behavior and pain, to name a few, are some of the symptoms women experience that are varied from the commonly listed general symptoms. But why is stroke that much more prevalent among women? Why are 55,000 more females than males dying from the disease annually? Researchers from Brigham and Women’s Hospital may have some answers.

Female-Specific Stroke Risk Factors
Investigators from Brigham and Women’s Hospital set out to identify what separates the rates of stroke occurrence between men and women. Their findings outlining potential risk factors partial to women were recently published in the journal Stroke.

“Many people don’t realize that women suffer stroke more frequently than men, and mortality is much higher among women,” said corresponding author Dr. Kathryn Rexrode, MPH, of the Brigham and Women’s Hospital Department of Medicine. “As women age, they are much more likely to have a stroke as a first manifestation of cardiovascular disease rather than heart attack.”

“Changes in hormones play the biggest role in these women-specific risk factors.”

According to the paper, women who experience menarche and menopause at earlier-than-average ages – before the age of 10 and before the age of 45, respectively – were at higher risk for stroke. Women who experience low dehydroepiandrosterone levels and regularly take oral estrogen or contraceptives were found to have a heightened risk, as well. Some of the highlighted risks such as oral contraceptives still need further research, the authors noted.

As the paper reported, researchers took a deep dive into the literature surrounding stroke risk as it relates to exogenous estrogens, pregnancies and other changes in hormones, which study authors considered women-specific factors.

The Link Between High Blood Pressure and Stroke
According to the Harvard Heart Letter of Harvard Medical School, complications experienced during pregnancy and childbirth may be indicative of stroke risk years down the line. Women who go through eclampsia or pre-eclampsia during pregnancy have been found to be two times as likely to experience stroke or heart disease within the next five to 15 years. This tendency is because of the raised blood pressure and increased urine protein levels associated with pregnancy.

Similarly, oral contraceptives have been shown to increase blood pressure, which likely explains why birth control was one of the highlighted risk factors. One way that oral contraceptives increase your risk is through depleting vitamin B6, which can raise homocysteine levels and blood pressure. As the American Heart Association explained, the majority of people who experience a stroke had been living with high blood pressure, also known as hypertension. This heightened blood pressure weakens and even causes damage to arteries, putting the body at greater risk of stroke. 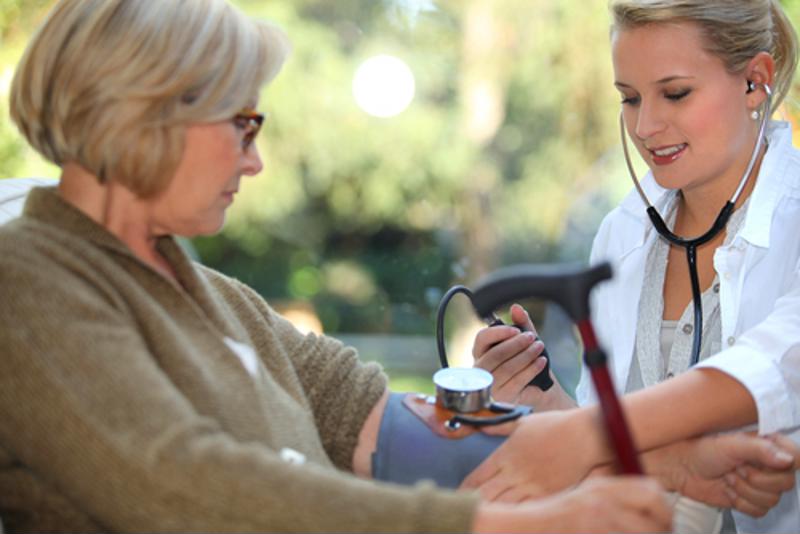 Preventative Practices for Women
As the NSA explained, methods for reducing blood pressure – especially during and after pregnancy – are key for reducing stroke risk. Monitoring blood pressure during this time can also be beneficial. If you are concerned about raised levels, it’s a good idea to talk with your primary care physician. All those 75 and older should consider regular screening for atrial fibrillation.

Magnesium has been shown to be effective at lowering blood pressure. In fact, as our Hallelujah Diet health experts have reported, magnesium is essential for muscles and blood vessel walls to relax and a lack of it has been linked to preeclampsia and hypertension. Adding this mineral into your diet and lifestyle, through sources like lentils, nuts, seeds, spinach, beans and leafy greens, can help minimize risk.

Practicing a heart-healthy lifestyle is also encouraged. This includes consuming a wholesome, primarily raw diet, engaging in regular physical activity and avoiding stress-causing situations. At the end of the day, the key to health is education. Knowing the symptoms, understanding how to unearth your body’s self-healing capabilities and staying up to date on research and news are among the most effective ways to stay healthy.

The disparity in stroke risk among men and women lies in several risk factors unique to females.

Discover how exercise can reduce the impact of several menopause symptoms.

To ensure your children leave the house and return in the utmost health, you must encourage them to take care of their immunity and follow habits that build the body’s defense mechanism and self-healing abilities.