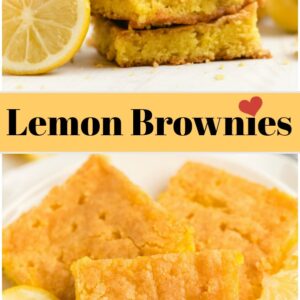 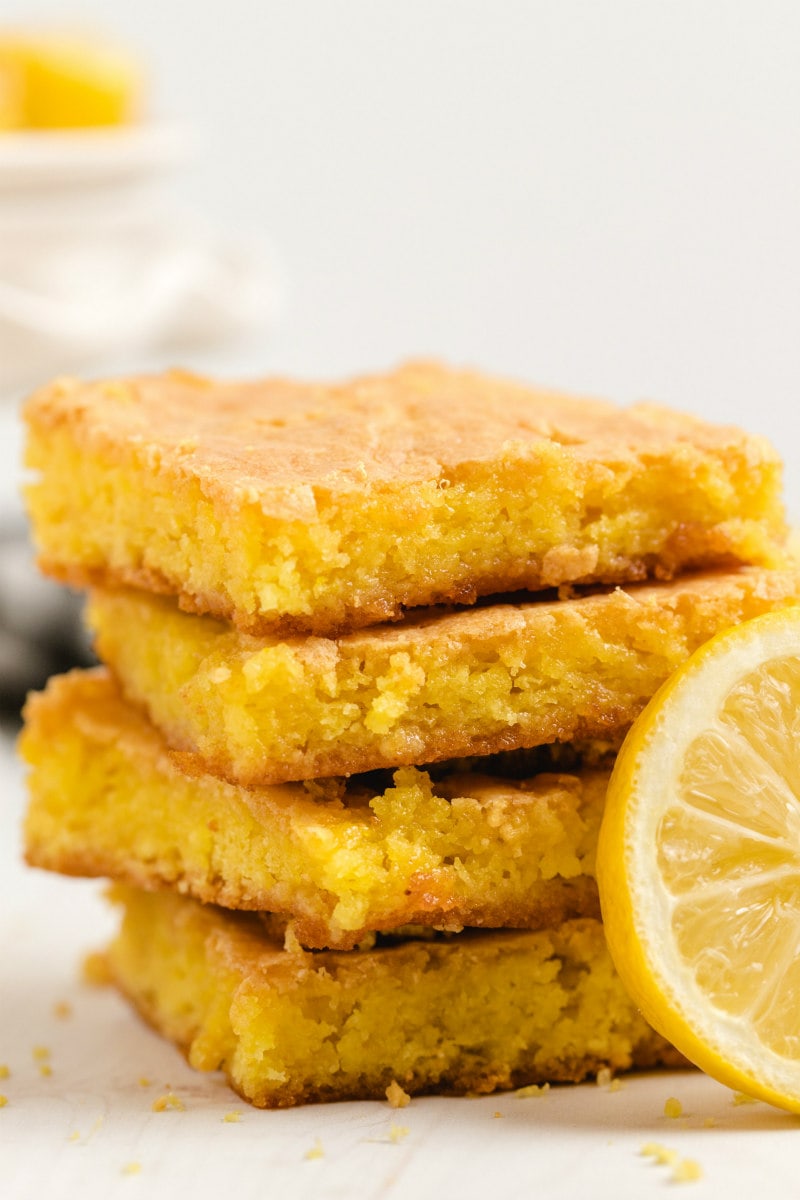 This is one of those recipes that begins with a cake mix. If you prefer to make things totally from scratch, then this recipe isn’t for you. I can tell you, however, that these lemon brownies are really delicious… so I’d consider giving them a chance! Full disclosure is that they’re not “really” brownies as you know them (they’re not chocolate). Instead, they are lemon dessert bars that are baked like brownies. 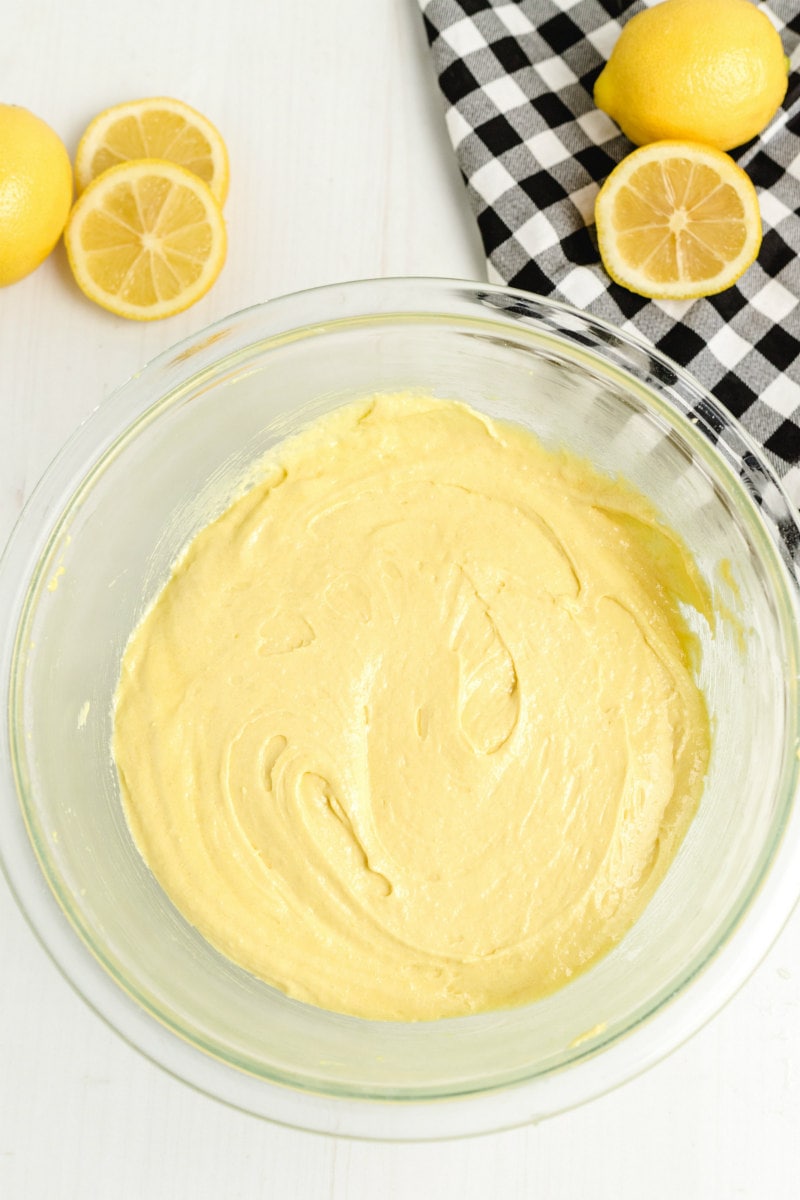 How to make Lemon Brownies:

The batter is a simple mix of lemon cake mix, lemon gelatin, oil and eggs. It’s spread into a 9×13-inch pan and baked for 30 minutes. 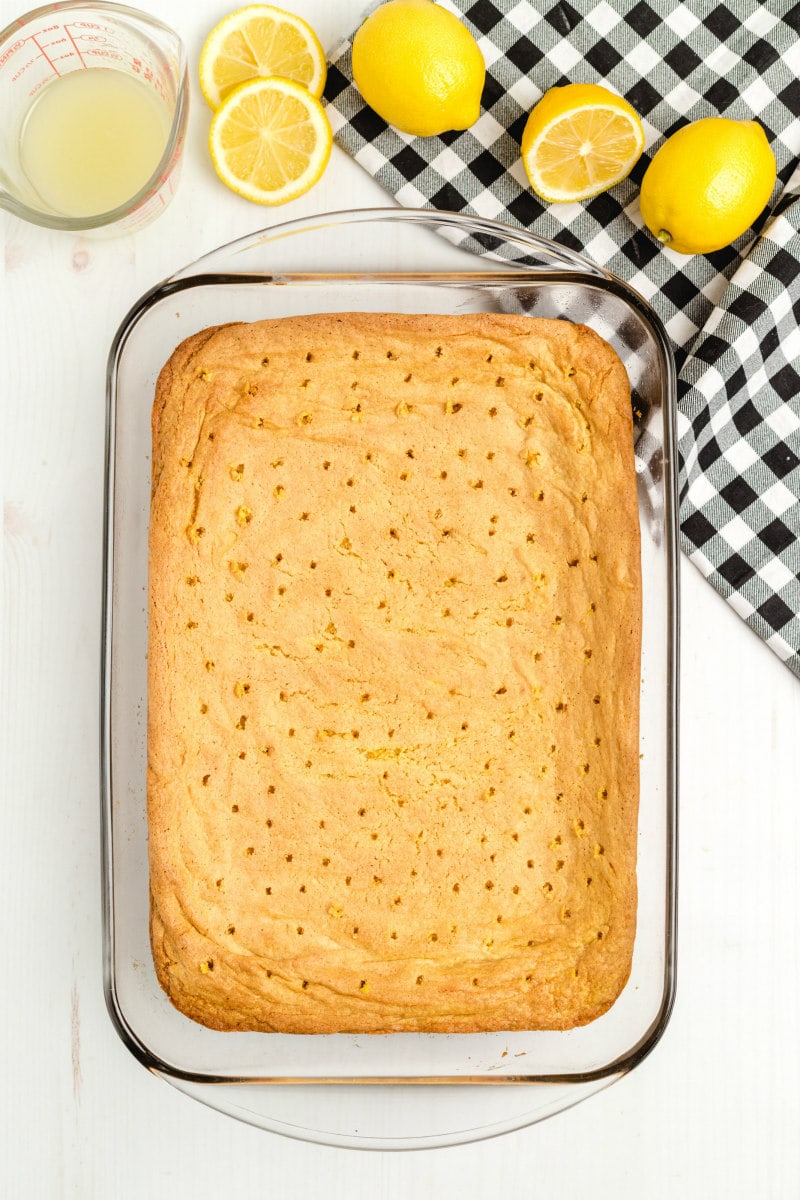 After the lemon brownies come out of the oven, you will use a toothpick to poke holes all over the top of the brownies. 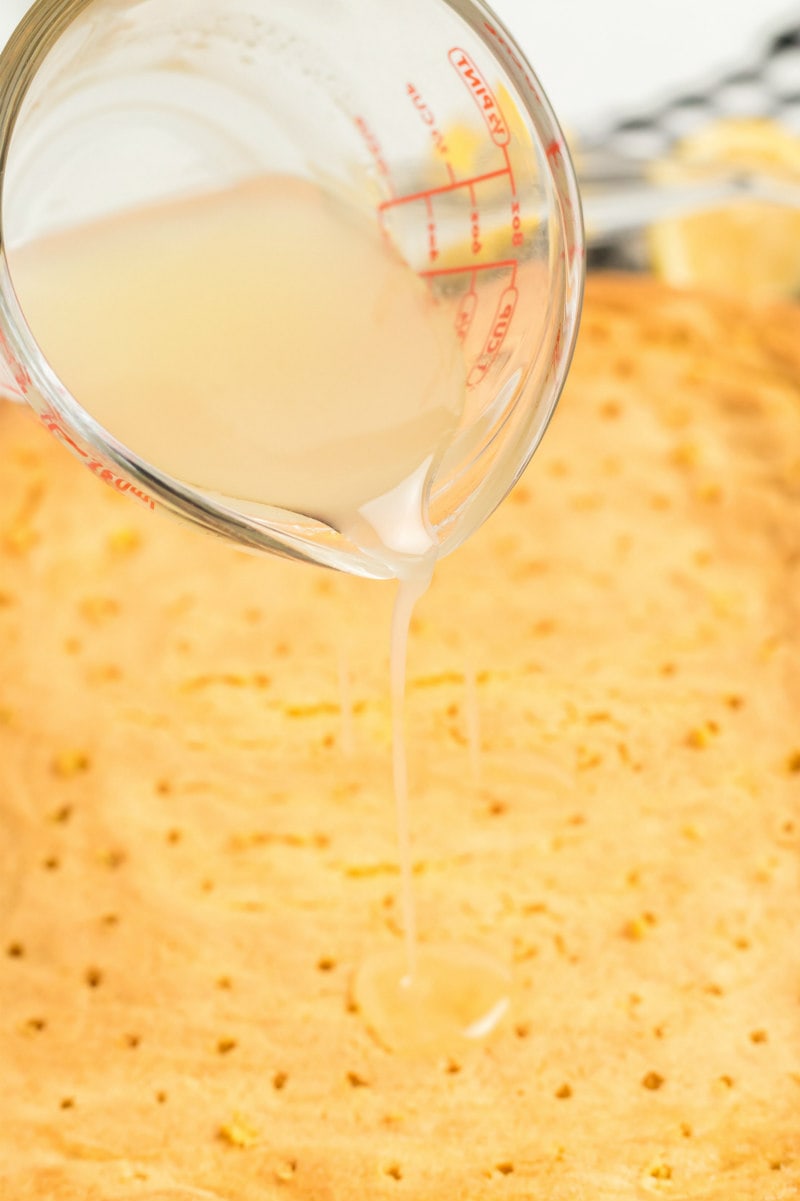 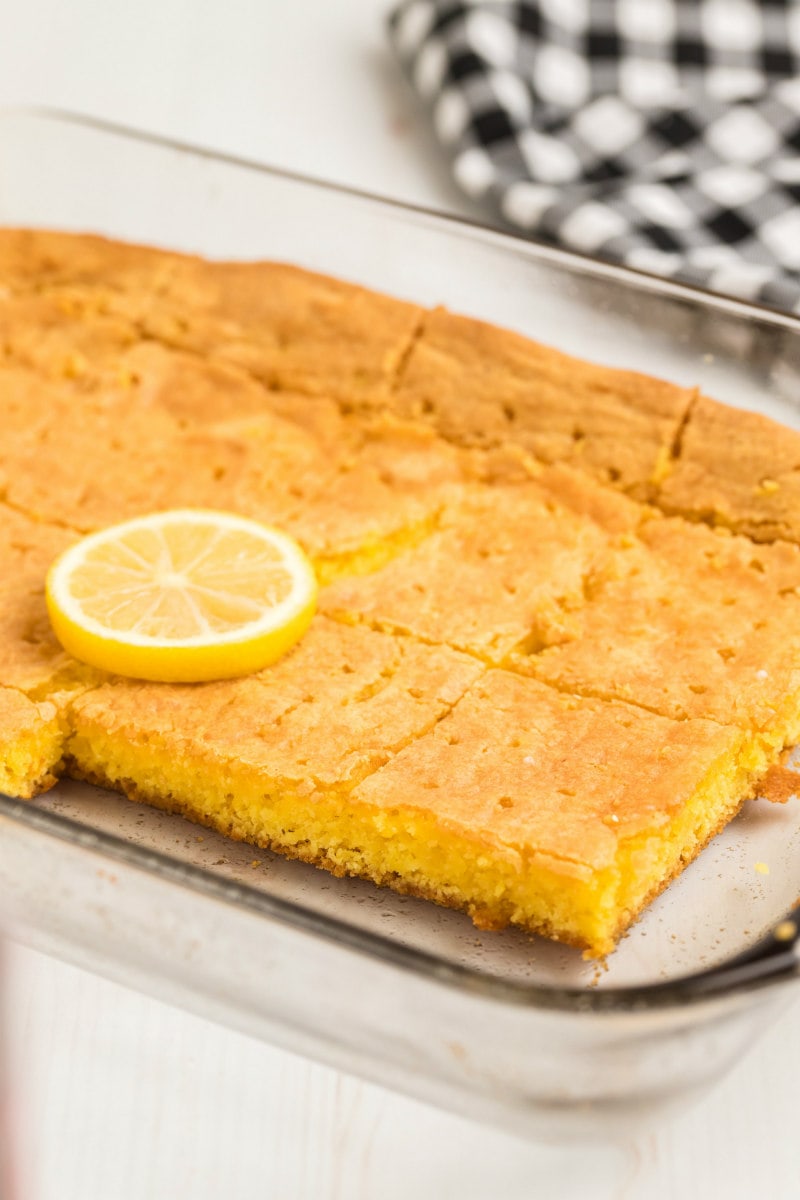 Once you’ve let the glaze soak in and the lemon brownies to cool completely, they are ready to cut and serve. 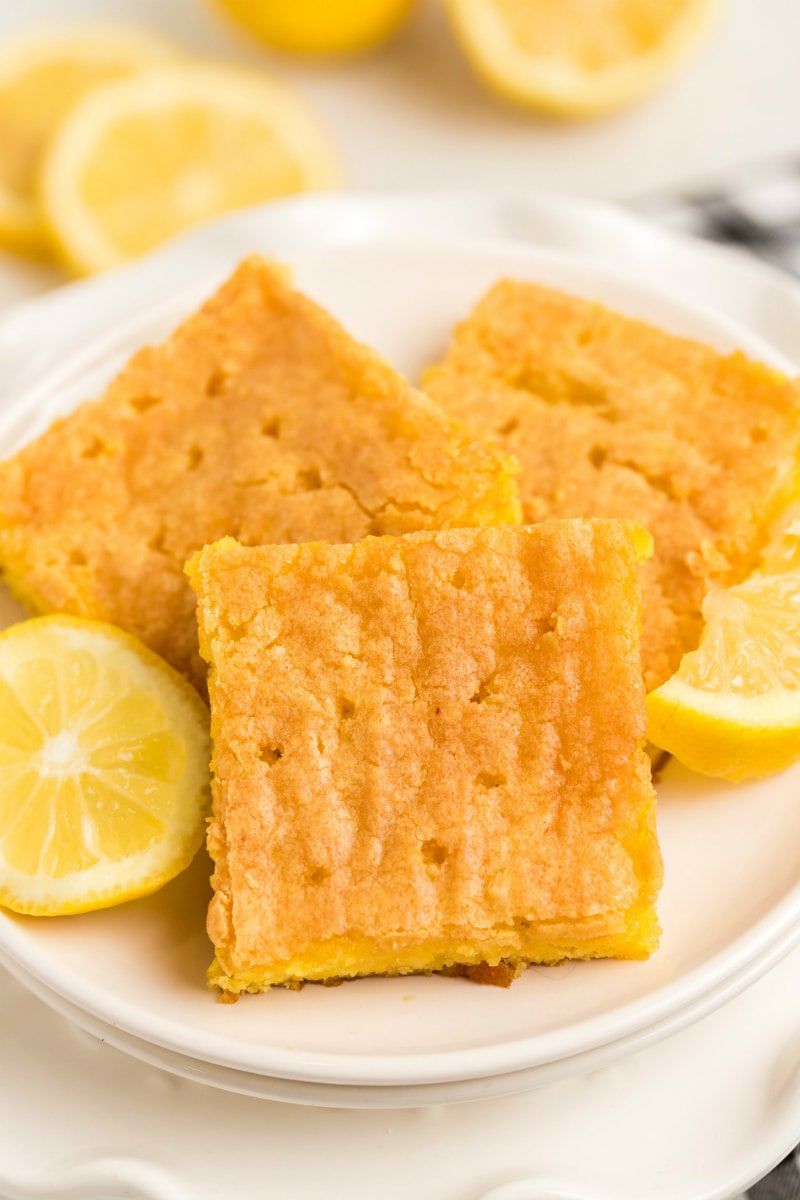 These Lemon Brownies are sturdy enough to stack on a platter. They have a wonderful lemony flavor, and the texture inside the bar is soft and a little gooey. Add some sliced fresh lemons to your serving tray to add a pretty lemon garnish to your dessert! 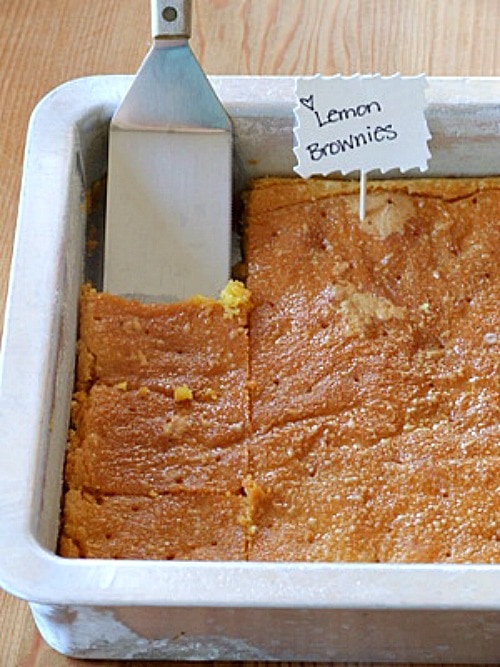