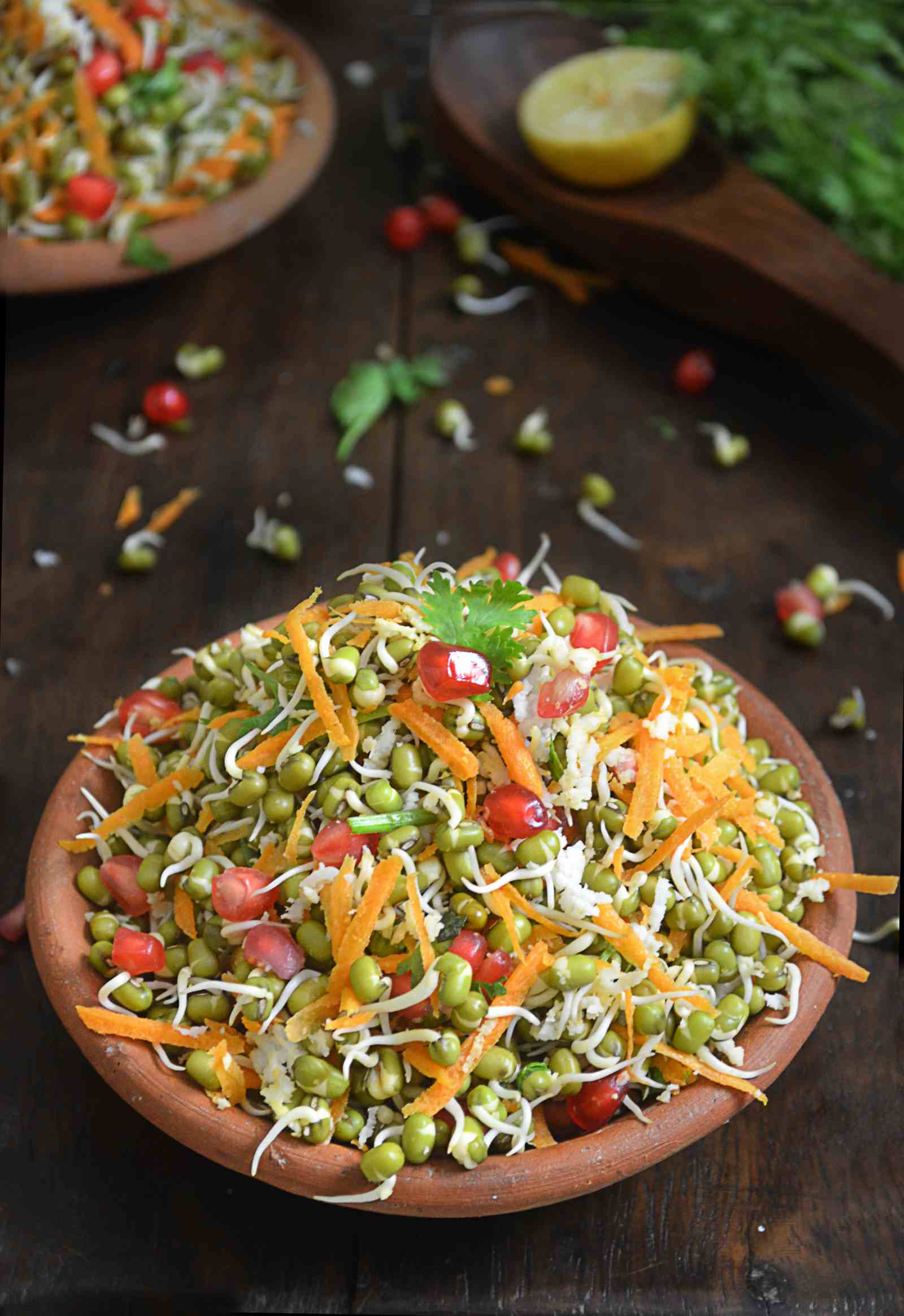 Sprouted Green Gram Kosambari is one of our favourite healthy salads, with the addition of sweet pomegranate pearls.

Commonly served at South Indian yele oota at various ceremonies and weddings. Low on calories, high on nutrients and an absolute visual treat to see a bowlful of colourful sprouted Moong Kosambari.

If you like this recipe, you can also try other Kosambari recipes such as :