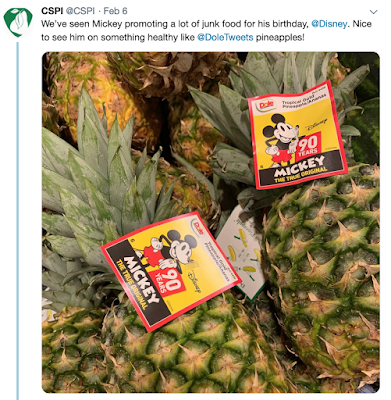 A few weeks ago I noticed the Center for Science in the Public Interest giving kudos to Disney and to The Lego Movie for their licensing of their cartoon characters to sell pineapples and bananas. 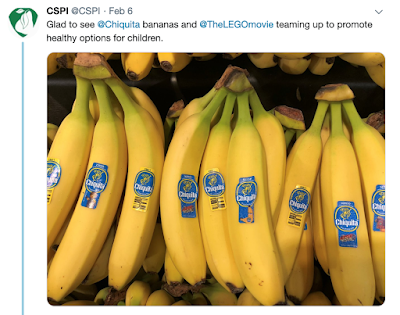 In part that’s because neither Disney nor the Lego Movie have any qualms licensing their characters to sell crap to kids. McDonald’s recently announced that Disney’s happily taking many millions of dollars from them (actual dollar cost not announced, last was $100 million) to once again include Disney toys in their Happy Meals, while the Lego Movie, well they’re already in Happy Meals.

But my bigger objection is that we shouldn’t be targeting children with advertising in the first place because why should anything be advertised to a population that has been shown to not be able to discern truth from advertising? And so even if the advertisements happen to fit with your definition of what’s good for kids, it doesn’t change the fact that it’s plainly unethical to allow advertising to target children period.