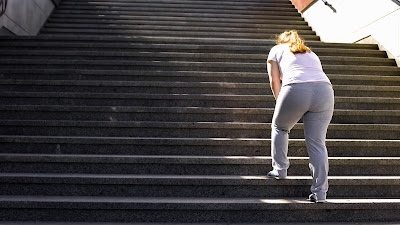 When it comes to associations, causality matters – the importance of which is easily understood when considering childhood obesity and inactivity. Whether inactivity leads to kids to gain weight, or whether weight leads kids to become inactive have very different implications

My publicly expressed bias is that childhood obesity drives inactivity, and there’s data to support that assertion including this study whereby when observed over time in 8-11 year olds, weight gain predicted inactivity, while inactivity did not predict weight gain, leading the authors of that study to conclude,

“adiposity is a better predictor of PA and sedentary behavior changes than the other way around.”

As to what’s going on, if I were to venture a guess, it’d be some combination of obesity related abject bullying (multiple studies demonstrate bullying is associated with decreased physical activity and obesity has been shown to be the number one target of schoolyard bullying, not to mention the fact that bullies may make fun of heavier kids when exercising explicitly), being one of the worst/slowest on a team, and increased effort involved, that lead heavier kids to decreased MVPA (moderate-to-vigorous physical activity).

Now I’ve blogged before about the Coca-Cola funded ISCOLE trial almost entirely ignoring the possibility that childhood obesity drives inactivity rather than the other way around, and recently, another study came out of the ISCOLE group that did the same.

(and if you’re interested, here’s a published discussion of the emails between ISCOLE investigators and Coca-Cola that not surprisingly suggests that these relationships have the very real potential to influence the framing of results even if funders not involved in study design)

Yes, they were found to be associated.

Though they do have a single throwaway line speaking to causality,

“It is not known whether lower levels of physical activity are the cause or the consequence of obesity”,

that did not stop them from writing this as their final line and conclusion,

which while true on the basis of health as a whole, when framed in the explicit context of childhood obesity as it is in this paper, seems to deny the much more likely case that weight simply slows kids down.

And honestly, that matters.

It matters because one of the most predominant stereotypical narratives of obesity is that it is a disease of laziness, and ISCOLE’s recurrently utilized framing supports that stigmatizing message. It also matters because, if considered at least by the parents I regularly see in my office, inactive children with obesity are being regularly judged (and sometimes even shamed or bullied) by their well-intentioned parents for not being active enough to lead them to lighter weights and I can’t help but wonder if this would still be the case if the meat of the discussions in these sorts of papers focused on the barriers to physical activity erected by childhood obesity itself?

I would love to see more research done on the various mechanisms by which childhood obesity might contributes to inactivity, and more longitudinal studies designed to test causality, rather than paper after paper with conclusions that to my confirmation bias at least, ignore the many reasons why kids with obesity are understandably less likely to be physically active, and in so doing, fail those poor kids.