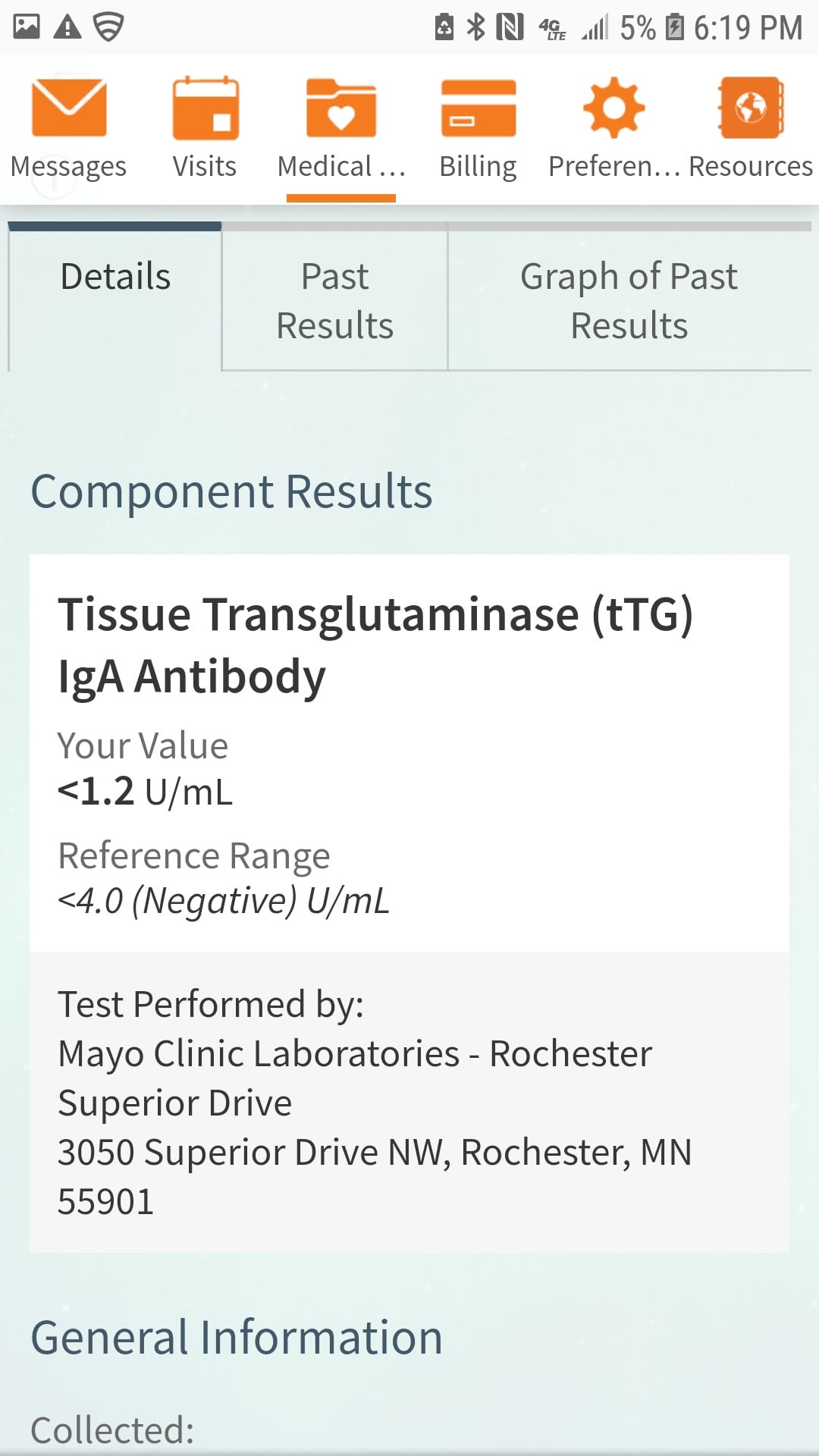 With mine, I found that it took longer for the antibodies to build up in my blood because I’d been off gluten for a long time before I started eating it for the tests, so even though I did 3 weeks of heavy gluten intake (I couldn’t continue for the full time period) my blood levels were just shy of the upper limit. If I’d been eating it all the way up until the tests or if I’d eaten it for the full length of time that was recommended, my antibody levels would’ve been different.

Also, celiac isn’t the only form of gluten sensitivity. If you don’t have the antibodies in your blood that qualify you as celiac, and you definitely react to gluten, then your body just reacts to it in a different way than what’s seen in celiac. Not being celiac doesn’t categorically mean you don’t have an issue with gluten.

In my opinion, the tests don’t really mean all that much compared to what your body is telling you. If you test in for celiac, it just clues you into some complications that are likely to develop along with it in the future. Either way, if gluten makes you feel sick, don’t eat it.