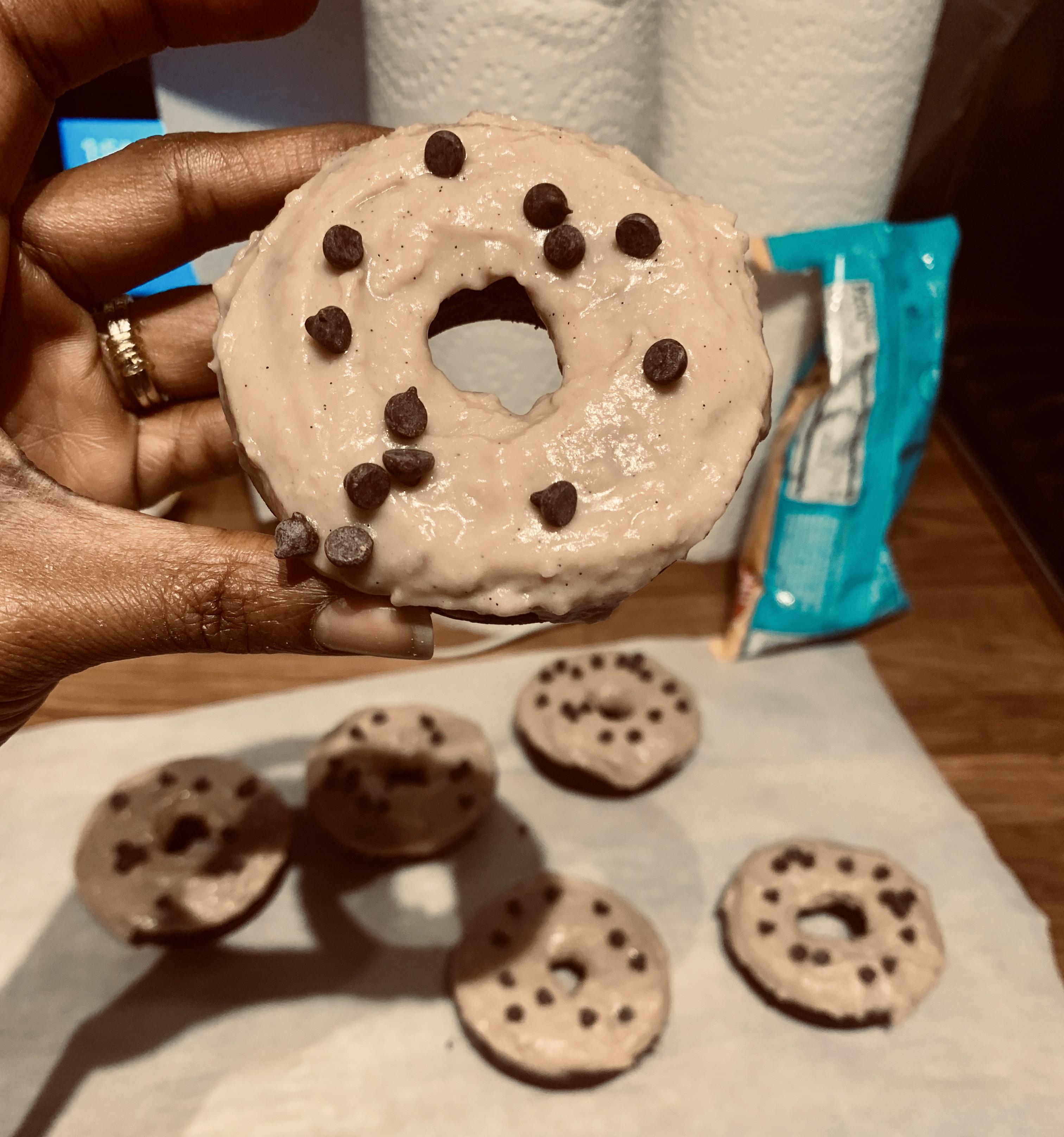 This recipe makes the fluffiest donuts ever! Double chocolate donuts vegan/gf I did have to make some substitutions because of my allergies to oil, corn,dairy and eggs so fun! s/ and I’m posting them here just in case anyone has similar allergies.

I use King Arthur’s flour instead of Namaste

Coconut sugar instead of cane

And the biggest difference is I add a teaspoon of yeast and prove it for 10 mins to the 1/3 cup of non dairy milk before adding it to the recipe.

Also, I prefer to make a different frosting from the one given. I made mine out of white beans using this recipewhite bean frosting substituting almond butter powder and water for the peanut butter and adding a dash of cinnamon. It sounds really gross but my non gf friends love it! Gotta rinse those beans though, otherwise it will definitely taste beany.