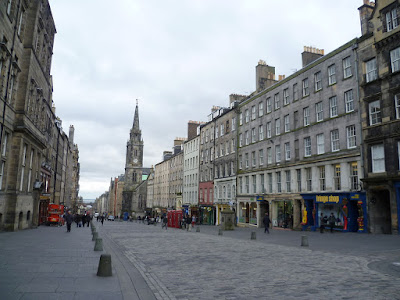 Cynically, I’ve been known to ask for examples of population based initiatives that actually led to sustained increases in physical activity (with the expectation of there not being any).

Well, I can’t do so anymore as Scotland’s managed to increase recreational walking by 13% over a 6 year period for the whole of their population!

Their National Walking Strategy targeted Scotland’s 5 million residents with messages about the health benefits of walking.

The strategy involved multiple sectors including:

And together their aim was to create a culture of walking by way of developing better walking environments that supported ease and convenience.

How to counsel patients on physical activity became a topic in medical schools. The Daily Mile encouraged 1,000 schools to help every student walk, run, or jog a mile a day, increased funding for active transport programs was obtained including a doubling of infrastructure funding for same, #SoMe was leveraged to share encouragement and information to the public, and community walking programs were launched nationwide.

Now before you get too excited, the bar was low to begin with whereby the increase in walking represented the self-report of walking at least 30 minutes for recreation once over the past month, but at least it’s a start.

Changing behaviour requires more than just education and a good reason to do so, it also requires a change to social norms and culture, as well as environmental engineering. Clearly there’s more to do in Scotland and elsewhere, but nice to see that these needles might actually be movable.