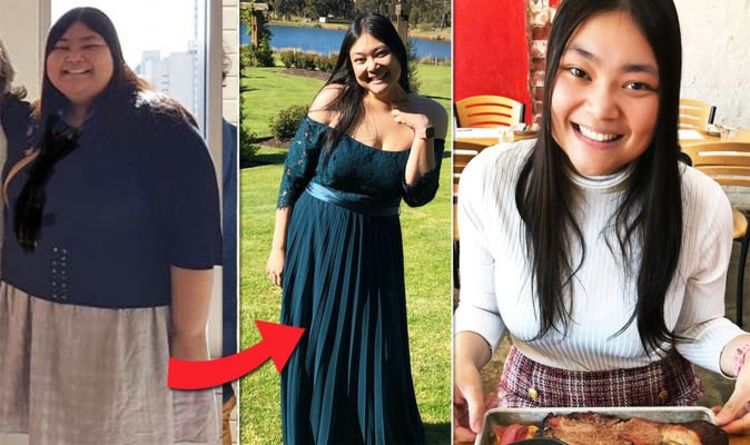 A Reddit user has taken to the social media sharing site to reveal her weight loss before and after success.

Posting her pictures to the public forum for the world to see, the dieter revealed for the keto diet was behind her amazing transformation.

Celebrating, the Reddit user wrote: “Today marks exactly one year since I officially started this WOE, and I honestly never want to go back!”

She revealed how her weight had caused her problems from a young age.

“I’ve been yo-yo dieting since I was about eight years old, which was always going to be a recipe for disaster,” the Reddit user explained.

“Decided to try keto last year after finally leaving an incredibly toxic relationship, and it’s helped me develop healthier eating habits and has just overall been so enjoyable!”

The keto diet is a high fat low carb diet, that aims to shift the metabolic state of the body into ketosis.

This is when the body burns fat as its primary source of fuel, instead of carbohydrates.

“Started off doing keto + IF, with an eating window between 12pm and 8pm, but quickly switched over to OMAD because I found I was just fuller for longer,” the diet explained.

OMAD stands for One Meal a Day, which means fasting for 23 hours and eating one large meal.

IF means “intermittent fasting”, and is the practice of eating all your calories for the day in a window of generally about eight hours.

The Reddit user went on: “Obviously the scale victories have been amazing, but some NSV that I’ve had over the last year have been:

“My family/friends were skeptical at first, but now the results have convinced some of them to make the switch over to keto themselves.

“I’ve also developed a love for keto baking and cooking, and I feel like my relationship with food is slowly on the mend.”

How can you boost the keto diet plan?

Triggering ketosis can be hard for many, but there is way to trigger it quickly.

Website Healthline stated: “‘Fat fasting’ is another ketone-boosting approach that mimics the effects of fasting.”

This type of fast allows dieters to eat, but the vast majority of their calories should come from fat.