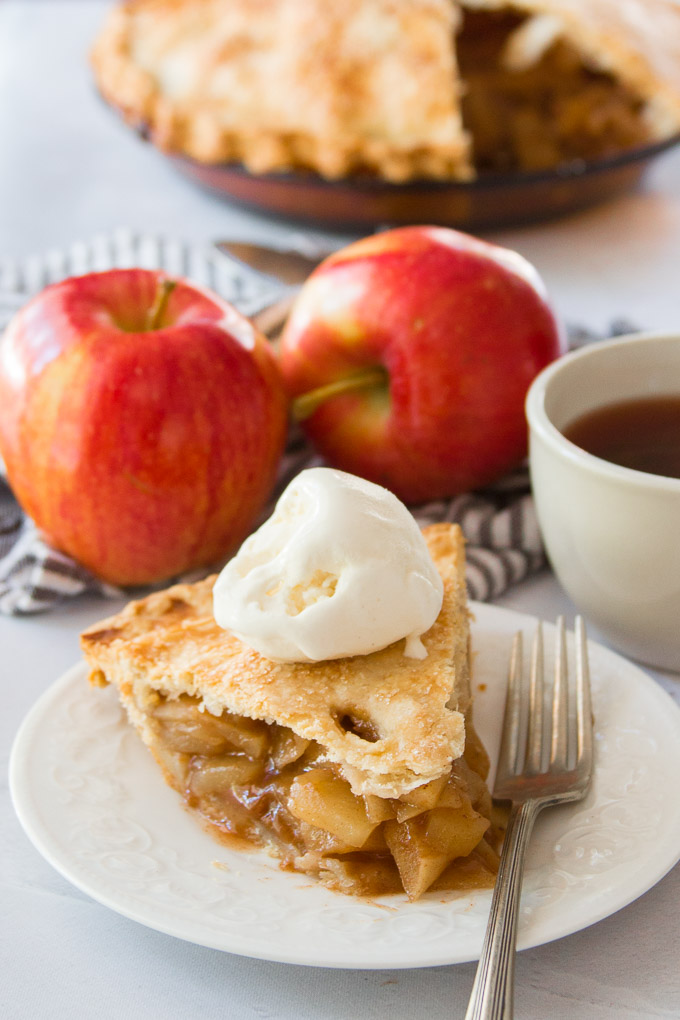 Are you a pie person or a cake person? I always feel like the world is divided that way!

I’ll be honest and admit that I’m a cake kind of girl. Pie usually doesn’t do it for me. I mean, it’s good and all. Sweet fillings between layers of flaky crust? You can’t not like it.

But it’s not my favorite. I can usually turn down a piece of pie, whereas I can’t say no to cake. But you know what? This pie is different. I’m not kidding when I tell you that it’s the best pie I ever ate. 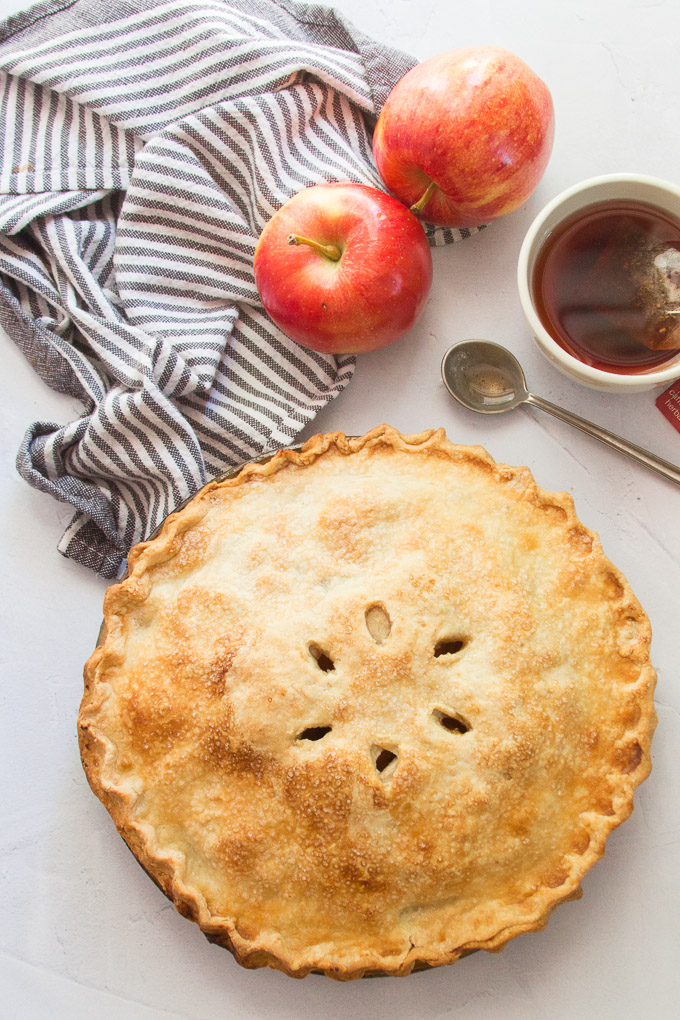 In fact, as I was devouring my piece with a scoop of vegan vanilla ice cream I had to confirm with my husband that it was really as amazing as I thought. “Honey, is this pie really effing good or is it just me?”

His response was “Holy crap, I think it’s the best pie I ever ate!”

What Makes This Vegan Apple Pie The Best? 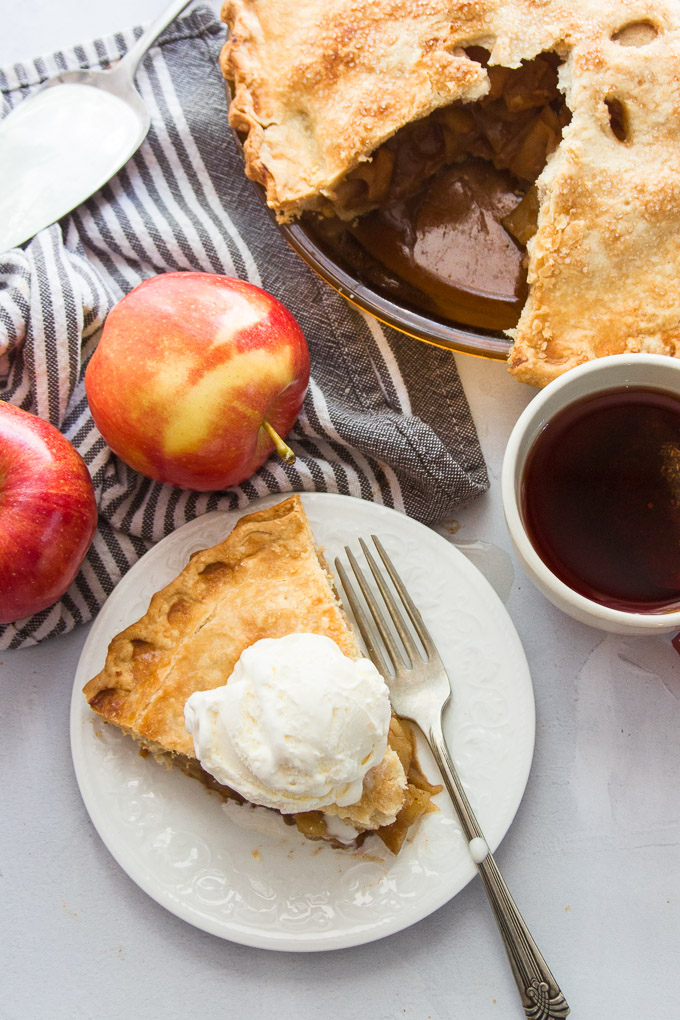 The crust. I used a double batch (for top and bottom crust) of my homemade vegan coconut oil crust, washed with a brushing of almond milk and a sprinkle of sugar. It came out super flaky with just the right amount of crispness on top.

Spices. Just the right balance is what I shot for and I think I nailed it. Most of the time I’m disappointed by recipes not having enough spices, so I went a touch over the amounts you’d normally find in apple pie, without using so much so as to feel like a spice punch in the face.

Apples. Okay apple pie has apples. Duh! But choosing the right variety is key. I used Pink Lady for the pie in the photos. This guide is super handy for choosing an apple variety for your pie!

How to Make Vegan Apple Pie

Start by making your pastry for that crust. Yes, you can use a store-bought crust if you prefer, but make the coconut oil crust if you can. Like I said above, it was a key factor in this pie’s awesomeness.

To make the filling, peel and slice your apples. Stick them into a large mixing bowl with sugar, spices (cinnamon, nutmeg, cloves, and ginger), lemon juice, a couple of tablespoons of flour for thickening and a tiny bit of salt. Mix it up!

Roll half of your dough out to fit the inside of your pie dish. Drape it over the dish, poke some holes in the bottom and then add the filling. You’ll find you’ve got a lot of filling! Pile it in and mound it up on top. 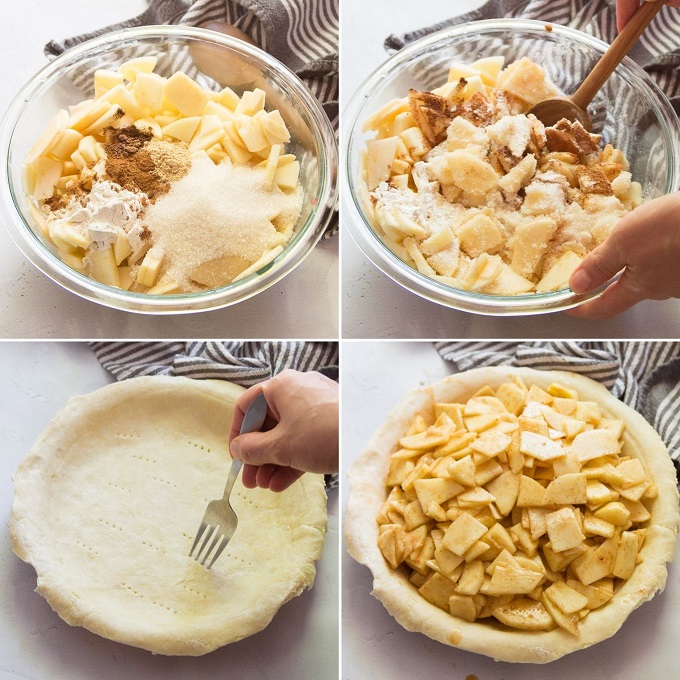 Roll out the other half of your crust and drape it over the filling. Trim any excess crust and then pinch the top and bottom crusts together to form a seal. Crimp the edges if that’s your thing.

Cut some slits in the top crust, simple or fancy — that’s up to you! Brush the top crust with some non-dairy milk, and then sprinkle it with some coarse sugar (most organic sugar is sufficiently coarse for this purpose). 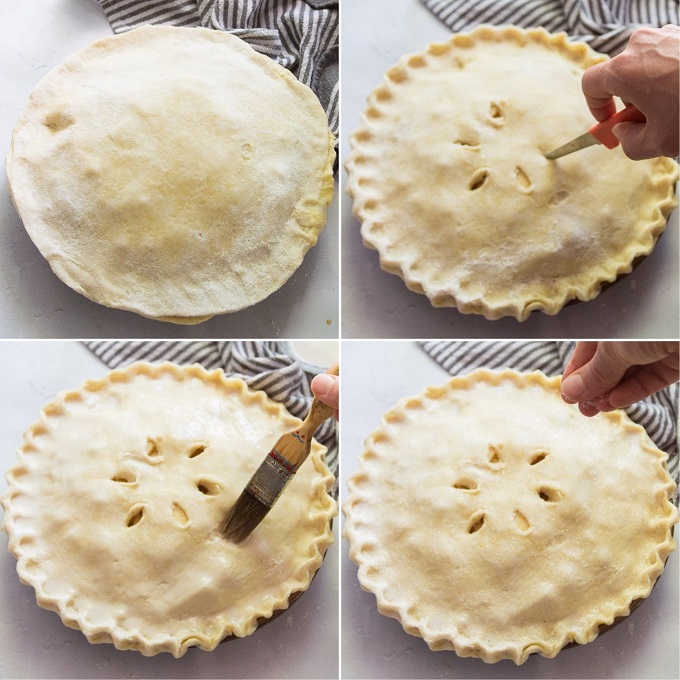 Be sure to place something underneath the pie plate while you bake it. There will be drips!

I like to cover the outer edges with foil once they’ve browned, to prevent them from darkening too much. Feel free to skip this if you like crispy edges and/or are anti-foil. 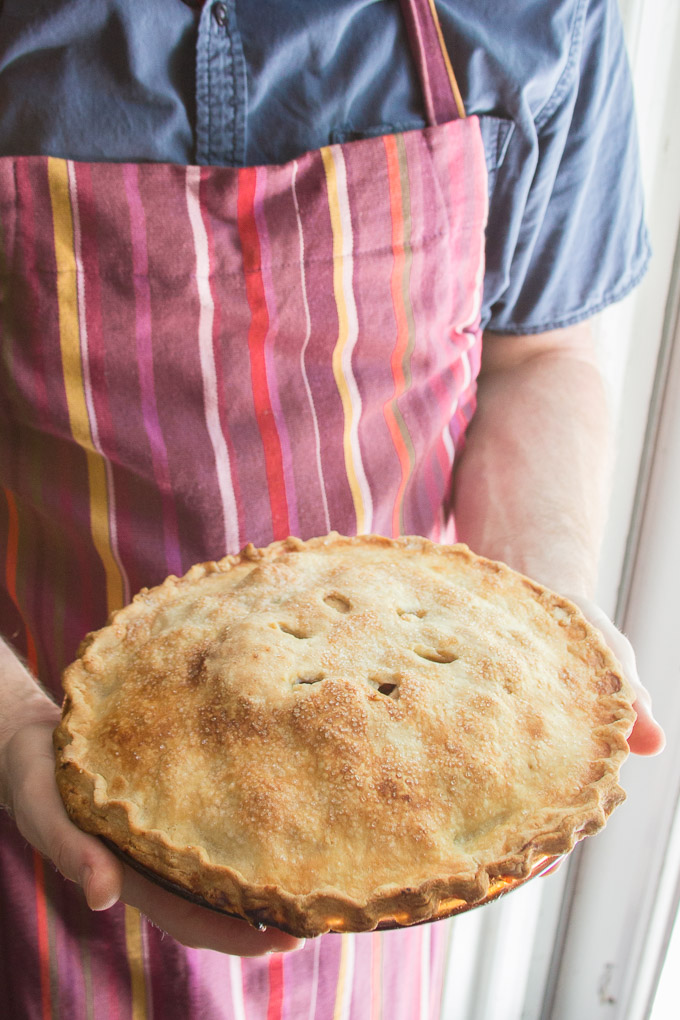 Let it cool until it’s just warm and serve your pie with vegan vanilla ice cream. 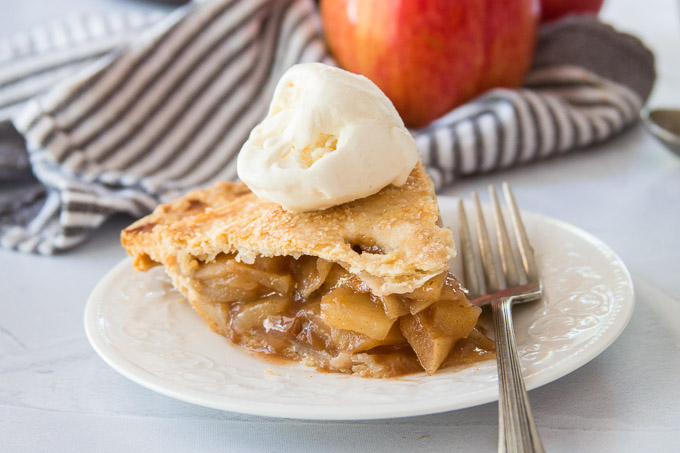 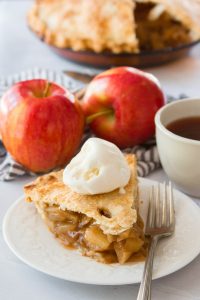