Following a ketogenic diet that is low in carbohydrates and higher in fat may help some asthmatics, a new study has indicated.

Researchers at the University of Bonn, Germany, found that mice switched to a keto diet showed significantly reduced inflammation of the respiratory tract.

Asthma patients can react to low concentrations of some allergens with severe inflammation of the bronchi. They also experience increased mucus production, which makes breathing more difficult.

A central role here is played by cells of the innate immune system, which are called Innate Lymphoid Cells (ILCs). They perform an important protective function in the lungs by regenerating damaged mucous membranes. For this purpose, they produce inflammatory messengers from the group of cytokines, which stimulate division of the mucosal cells and promote mucus production.

This mechanism allows the body to quickly repair damage caused by pathogens or harmful substances. The mucus then transports the pathogens out of the bronchial tubes and protects the respiratory tract against re-infection.

“With asthma, however, the inflammatory reaction is much stronger and longer than normal,” said Professor Dr. Christoph Wilhelm, from the Institute for Clinical Chemistry and Clinical Pharmacology and a member of the Cluster of Excellence ImmunoSensation at the University of Bonn. 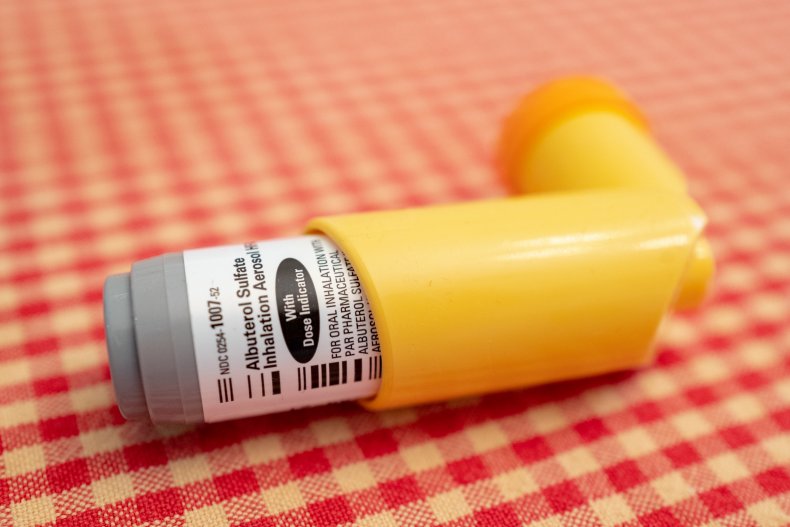 An Albuterol sulfate inhaler, commonly used in the treatment of asthma Smith Collection/Gado/Getty

The consequences are extreme breathing difficulties.

The ILCs multiply rapidly during this process and produce large amounts of proinflammatory cytokines. By slowing the division down, it may be possible to bring the excessive reaction under control.

“We have investigated which metabolic processes are active in the ILCs when they switch to reproduction mode,” said researcher Dr. Fotios Karagiannis. “Then we tried to block these metabolic pathways and thereby reduce the speed at which the cells divide.”

Some metabolic pathways were more active in dividing ILCs, the researchers found. They primarily ensure that the cells are supplied with energy and with the building blocks they require for reproduction, such as the fatty acids that are needed to make the cell membrane.

“Activated ILCs, therefore, absorb fatty acids from their environment and store them in their interior in small droplets for a short time, before they utilize them for energy or building membranes,” Karagiannis said.

The researchers put asthmatic mice on a diet that contained mainly fats, but hardly any carbohydrates or proteins.

They found the cell metabolism changed and the cells got the energy they needed from burning fat. However, this meant they lacked fatty acids, which they need for the formation of new membranes during cell division.

As a consequence, the researchers said that the division activity of the ILCs decreased in the rodents fed a special diet.

Wilhelm explained: “Normally, contact with allergens increases the number of ILCs in the bronchi fourfold. In our experimental animals, however, it remained almost unchanged. Both mucus production and other asthma symptoms decreased accordingly.

“The prevalence of asthma has increased dramatically over the last few decades. Perhaps this is also related to an increasingly common high-sugar and high-fat diet.”

The scientists now want to investigate whether a ketogenic diet can prevent asthma attacks, but added there may be long-term risks. Therefore, diets should only be carried out in consultation with a doctor.

“We are therefore trying to determine which components of the dietary change are responsible for the effect,” explained Wilhelm. “Maybe this will open the door to the development of new drugs.”

The research was published in the journal Immunity.